*Please bear with me, everyone. Site is still under heavy construction. Check out our old sites and our stories here:
http://2099ugr.serialprizes.com/main.htm
http://2099.alteredvisions.org/titles/index.html* 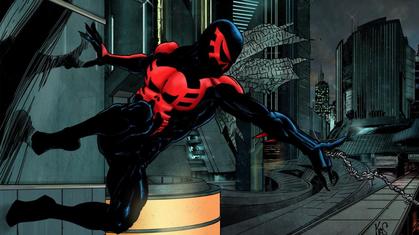 Flying cars and holographic servants. Corporations spanning cities. Puppet governments run solely by those same corporate powers. Policemen once designated to "serve and protect" the populace by law, now do under subscription plan. Cyberspace is literally a world of its own; with people plugging in under custom-designed, digitized "archetypes/avatars". Legalized designer drugs are all the rage. Entire religions revolve around the icons of a lost heroic age. The true heroes they worship; however, are few and far between.

Welcome to the world of the 2099 Underground Revised. Proudly continuing the adventures of the once-defunct Marvel 2099 line (they're a-coming back!) in digitized text format and still going twenty (TWENTY) years strong.